The NASDAQ 100 initially pulled back a bit during the trading session on Thursday, as we continue to see the resistance above the 12,000 level. This is a market that has resistance extending towards the 12,500 level above, and therefore I think it is only a matter of time before we see signs of exhaustion. To the downside, the 50 day EMA offers support near the 11,600 level. This is a market that continues to see a lot of noise, but quite frankly it is almost impossible to short the NASDAQ 100 considering that it is not an equal weighted index.

As you probably know by now, there are a handful of stocks that everybody trades on Wall Street, and most of the makeup a large portion of the NASDAQ 100 gains. You are talking about companies like Facebook, Microsoft, Netflix, etc. At this point in time, the market is likely to see a bit of noise just above, and I think that there are enough potential problems out there that could continue to make a move higher a bit difficult. However, the big stocks in this index are quite often thought of as “stay-at-home stocks”, or perhaps even part of the “work from home” scenario. If that is going to be the case, then the market is likely to see a bit of a push higher eventually, but I think we could get the occasional pullback.

All things being equal, the market has made a “higher low” the last time we reached towards this area, so that should in and of itself have people looking to get long. However, even if we do pull back, I think there will be enough buying pressure underneath to keep this market going higher. The market likely will find more of the same mentality that we have seen before, and people will be looking for some type of stimulus, Federal Reserve bailout, or the like to make things better. I think we are light years away from being able to sell this market, so be patient and look for value, or perhaps a breakout above the 12,500 level which would be an extraordinarily bullish sign. If you can see by recent action, I think we are probably looking a lot like a back-and-forth market, one that simply cannot make up its mind. 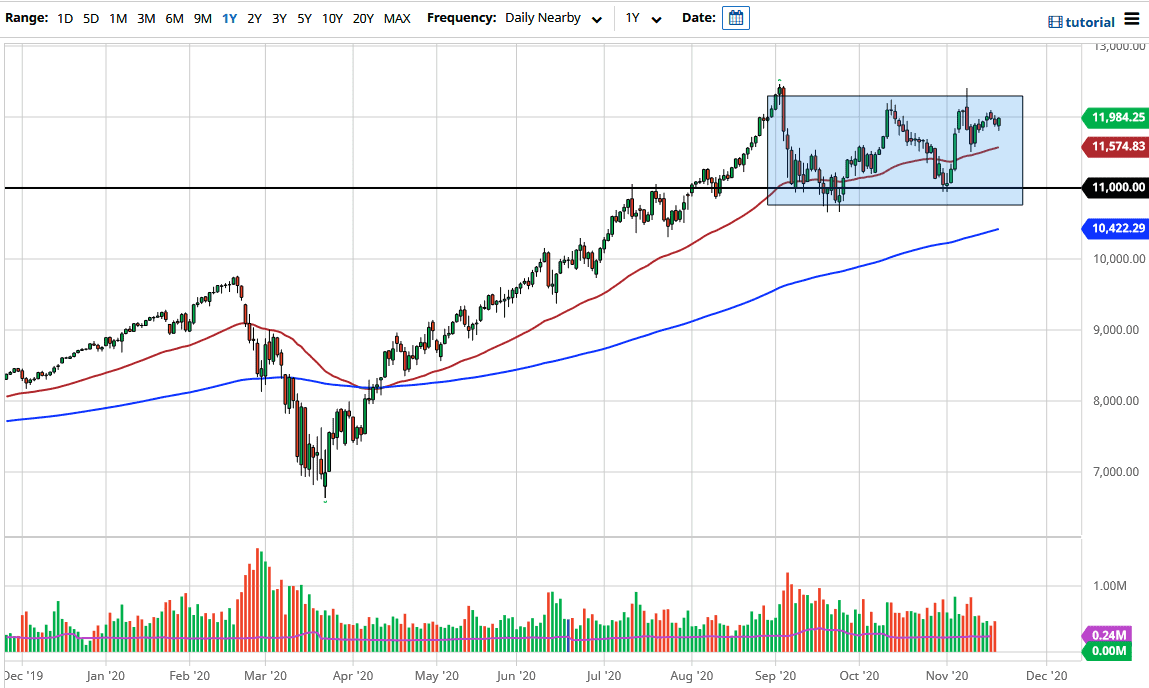