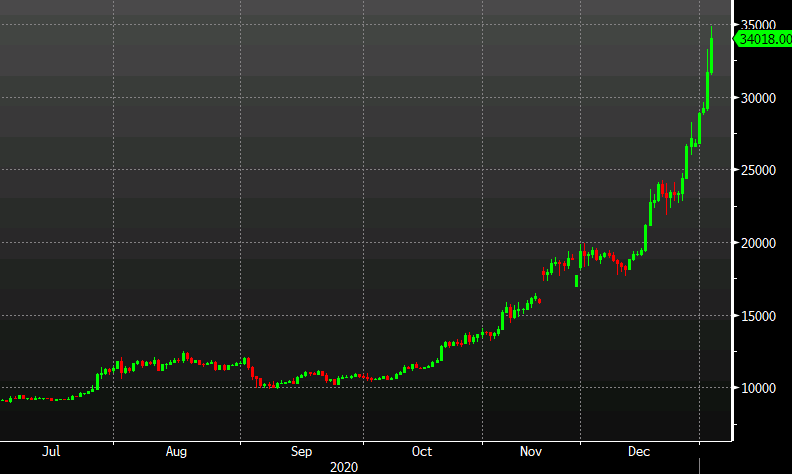 The parabolic move in bitcoin isn’t slowing down. It hit a fresh record at $34,608 as the rally extends.

Since Christmas bitcoin has now climbed 50%.

There isn’t much to say about the price action, it’s a classic speculative frenzy. There’s no picking the top or when it will pause. The strategy is to try to get in at a good level and hold on for dear life.

On the fundamental side, people in the UK, Europe and much of the world still can’t buy and hold bitcoin via PayPal and that was a big catalyst for the move that started in October.

I also wonder if there’s some selling on Monday as broader markets reopen.