It looks like we are trying to break out, but it will not be completely done until we get a daily close above.

The Australian dollar has rallied rather significantly during the trading session on Thursday to slam into the 0.74 level. The level has been an area that I have been paying close attention to for a while, so it makes a certain amount of sense that we would see a reaction here. The 50 day EMA sits right in the middle of the candlestick, so therefore I think a lot of technical traders will be paying somewhat close attention to this.

If we were to turn around a break down below the bottom of the candlestick for the trading session on Thursday, that could be a bad sign and send this market lower. However, I would not pay too much attention to it until we get a daily close below that level, not necessarily taken the trade during the day which of course will be very noisy due to the Non-Farm Payroll announcement. That should be one of the biggest drivers of the market during the session, but I think this is a situation where we would see a little bit of patience pay off. Yes, the market certainly looks as if it wants to take off to the upside, but you also have to keep in mind that the significant resistance above needs to be broken thoroughly. I do not consider that to be significantly broken until we get a daily close.

In general, the market will move right along with risk appetite as well, so let us pay close attention to how things are moving in other markets. If the traders around the world continue to look at everything through the prism of the risk appetite, it is likely that we can extrapolate the moves in stock indices to the Australian dollar. Clearly Jerome Powell has set the market going higher due to the fact that there is no hint of the Federal Reserve raising interest rates, and that of course continues to give people the idea of shorting the US dollar. Furthermore, the Australian GDP numbers were better than anticipated a couple of nights ago, so that comes into the picture as well. With this, it looks like we are trying to break out, but it will not be completely done until we get a daily close above. 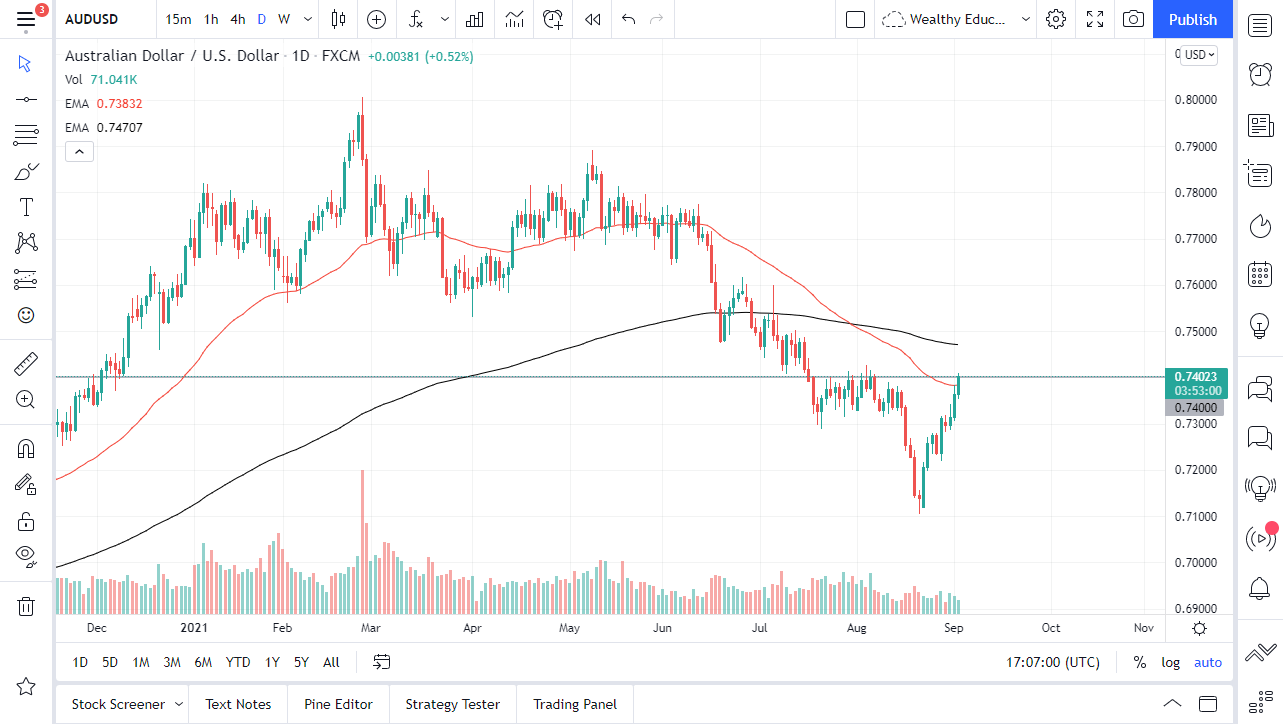