The Australian Dollar moved higher over the week as second quarter GDP data beat expectations and trade data showed exports increasing more than anticipated in July. The Q2 GDP number came in at 0.7% q/q, beating the 0.4% forecast. Trade data showed a surplus of AUD12.1 billion for July against 10 billion that the market was looking for.

The second quarter GDP print is in the rear-view mirror as the impact of the Covid-19 Delta variant is not included in the data. New South Wales, the most populous state, went into lockdown in the last week of June. Through July and August more states locked down, resulting in two thirds of Australians seeing restricted movement.

The trade numbers revealed the dependence of the economy on commodity exports. Iron ore alone accounted for AUD26.6 billion of sales to China in July. Coal and natural gas also contributed significantly, but there has been a divergence between iron ore prices against coal and natural gas. Iron ore has moved significantly lower with China reducing steel output while natural gas and coal have moved higher with rising energy demand.

With disparate commodity price action, the RBA meeting on Tuesday takes on more significance for the Australian Dollar. At the July monetary policy meeting, the board announced that they would reduce government bond buying from AUD5 billion to AUD4 billion per week in September. At the August meeting, the board said that given the change in circumstances around Delta, they would re-consider tapering at the next meeting.

Despite vaccination rates progressing well, the situation around Delta infections has deteriorated with restrictions remaining in place. The RBA has previously stated that they expect a significant rebound in economic activity once the lockdown is finished later in the year.

The RBA also previously stated that fiscal policy is a better tool for temporary, localised reductions in income rather than monetary policy. This has been interpreted as the RBA having a preference to wind back bond buying sooner rather than later.

The uncertainty around AUD/USD is not restricted to RBA actions, with US Dollar movements playing out across assets. Rising demand for risk assets can undermine the haven-linked US Dollar, and we are seeing equity markets make new all-time highs on many bourses.

The markets perception of what the Fed may say and ultimately do, in the aftermath of the non-farm payrolls data, suggest that stronger data will be needed to keep the taper train on track. The case for USD to stop weakening will hinge on signs that the US economy is buoyant enough for the Fed to act in reducing stimulus. 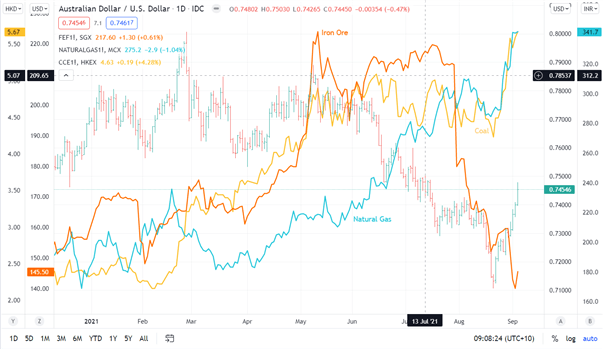