The Australian dollar initially fell during the trading session on Thursday but found support underneath at the 0.7250 level. This is an area that has been crucial more than once, and at this point in time buyer step in and pick this market up. By doing so, it would up be forming a hammer, which of course is a massive bullish signal. However, the 0.7350 level above is significant resistance. In other words, we continue to go back and forth in general, and therefore I like the idea of trading back and forth on short-term charts but I am keeping an eye on the 0.7350 level, because we do break above there it would be a very bullish sign indeed.

This is the big problem with Australia, it has so many external factors pushing the market around. China is the first and most important factor, but beyond that you have to worry about global growth. After all, the Australian dollar is tied to gold at times, and of course copper. All things being equal, the Australian dollar needs global growth to continue going higher for a bigger move, but at the same time we have the Federal Reserve looking to flood the market with liquidity so I think the question now is more or less whether or not that will win the argument, or will it be a question of lack of global growth? At this point I think we are trying to figure that one out, and I do not expect that decision to be made on Friday. All things being equal, the 0.70 level underneath I think is the floor in the market, so we could pull all the way back to that level in order to simply test the bottom of the range. 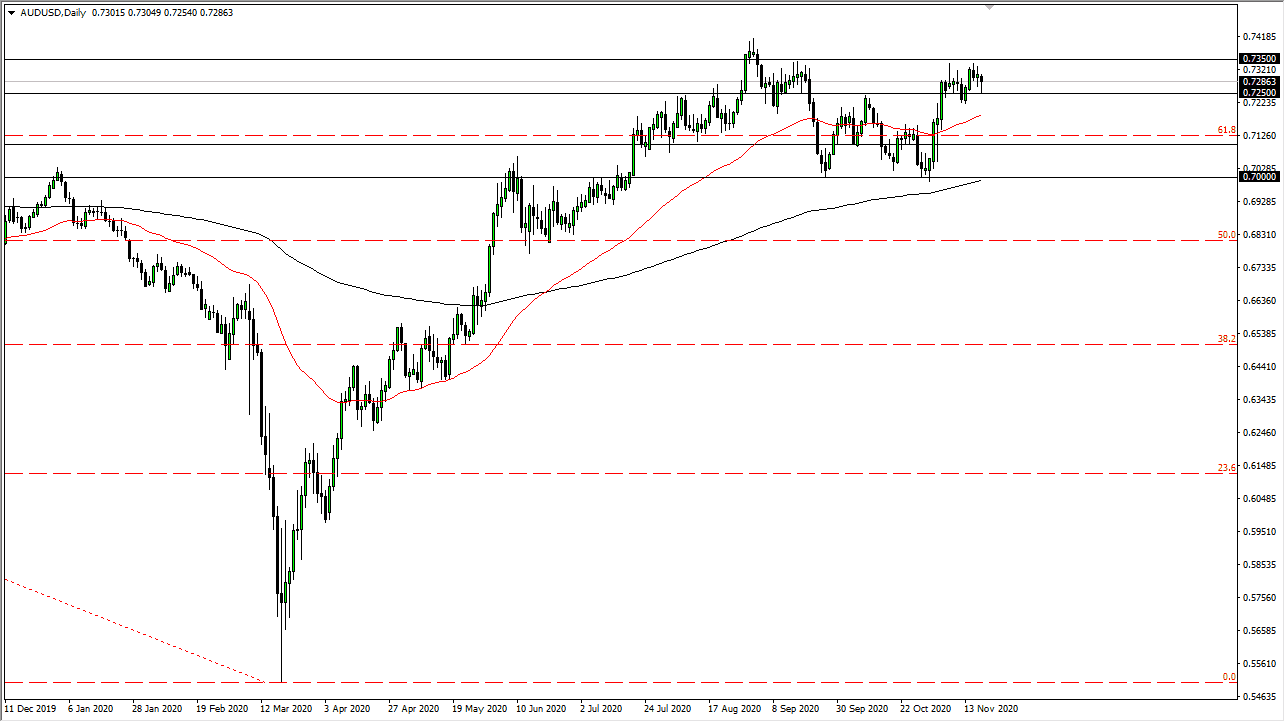