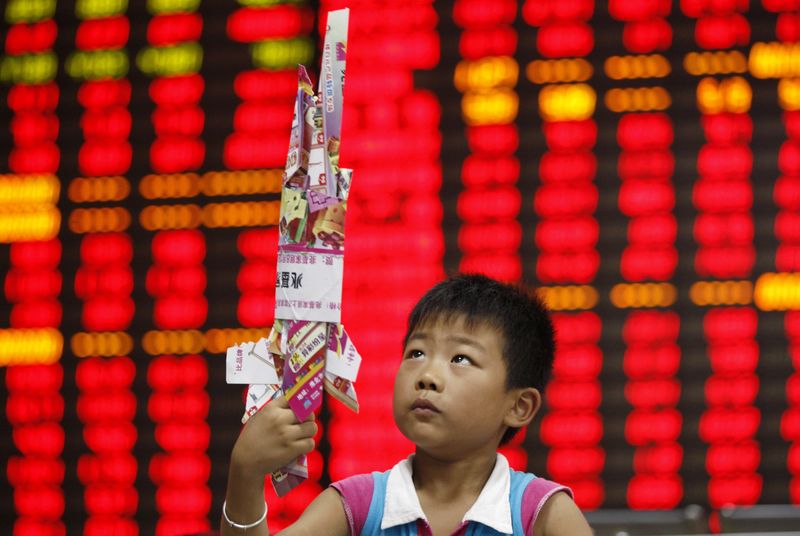 Investing.com – Asian markets were mixed in morning trade. The fell as Hong Kong braces for unprecedented strikes over an extradition bill.

Overnight, U.S. President Donald Trump said he is “holding up the deal” with China and that the agreement would not be signed unless Beijing returns to terms agreed earlier this year.

“We had a deal with China and unless they go back to that deal I have no interest.” The president said he still expect to meet with Chinese President Xi Jinping at the G-20 summit later this month.

In China, Foreign Ministry spokesman Geng Shuang said “we have noted that the U.S. publicly stated many times that it looks forward to arranging a meeting between the Chinese and U.S. presidents on the sidelines of the G-20 summit. If we have this information we will release it in due time.”

On the data front, both China and the U.S. will release industrial production and retail sales data Friday.

Hong Kong’s Hang Seng Index slumped 1.6% as tens of thousands of protesters blocked roads around the government headquarters and legislature in protest of the looming extradition law. As of Wednesday morning, traffic is at a standstill in the admiralty area as protesters use road occupation tactics similar to the 79-day Umbrella Movement protests in 2014.

Japan’s edged up 0.1% as the country’s unexpectedly rose for a third straight month in April.

Down under, Australia’s gained 0.2% even after a survey showed the Melbourne Institute and Westpac Bank index of consumer sentiment fell 0.6%, following gains the previous two months.

The reading compared with an expected 0.8% decline, and a 3.8% rise in March.